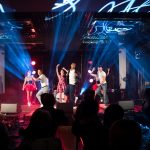 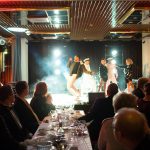 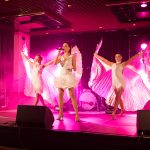 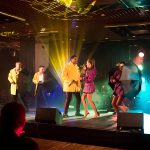 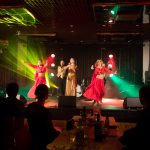 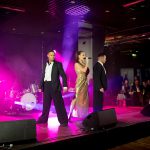 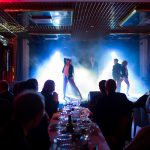 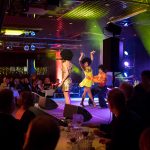 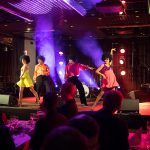 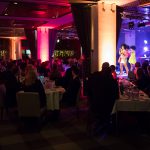 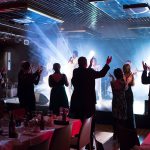 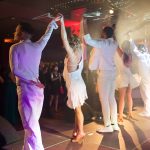 The technical construction of the space was started on the given day in good time with Lakeus Sound, responsible for technical equipment. Spectacular light and stage installations were erected in a few hours with sovereign experience. Enough time was also left for sound checks and equipment checks and the schedule was followed nicely. Table settings and placements were created by the professional staff of the Sokos Hotel Presidentti, so the evening got an excellent start immediately after the guests entered the hall along the red carpet, while paparazzi and other Hollywood characters following the theme atmosphere mingled with the guests.

The evening was full of Hollywood-style glamour and sparkle, as well as lively show teasers that were always in sync with the meals. During the experiences, people ate, enjoyed the drinks, and good company. The show & dinner ended stylishly with a main show in Hollywood spirit, which forced the spectators up from their chairs.

At the end of the evening the LMB or Lauri Mikkola Band got to the stage and took care of the party crowd, keeping them dancing until the early hours.

The evening was successful in every way and got a fine reception and feedback from the customer, as well as from the participants of the evening.